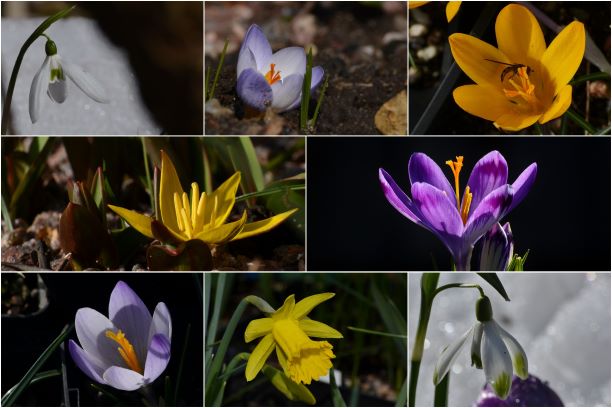 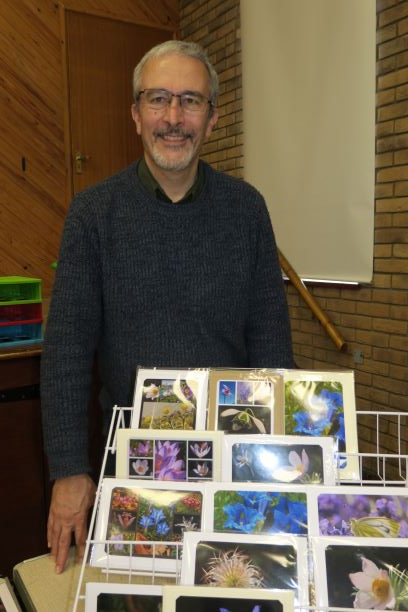 Our last talk of the winter season was given by Tony Goode, national collection holder for crocus spp. Tony explained that he did not have a professional background in horticulture but an early interest in growing alpines from bulb and seed led to increasing involvement with exhibiting at alpine shows and ultimately to curation of the crocus collection. His Norwich garden is relatively small with sandy soil so he grows many specimens and the crocus collection in pots, though choice bulbs and alpine plants also feature in the main garden throughout the year. As a keen photographer, he illustrated his talk with beautiful images of plants, planting associations and gardens, sometimes to the musical accompaniment of Vivaldi’s Four Seasons. As a local gardener he helpfully commented on those bulbs that will fare less well or better in Norfolk. For example, Narcissus cyclamineus does not enjoy Norfolk dry summers whereas N. bulbocodium is more tolerant of dry conditions. For the same reason he recommended Corydalis Craigton Blue, which goes dormant in very hot weather.  Lilium pyrenaicium will struggle in Norfolk gardens, unlike L. martagon which will do well. He confessed to rarely having the time to leave his home county and visit other gardens but featured 3 that he has found particularly inspirational: Compton Ash with its sand bed and extensive use of tufa, the garden at Ashwood nurseries and Branklyn.  But the most surprising ‘big garden’ photograph of all was of a spectacular meadow of crocus Tommasinianus  taken at our very own Earlham Cemetery.