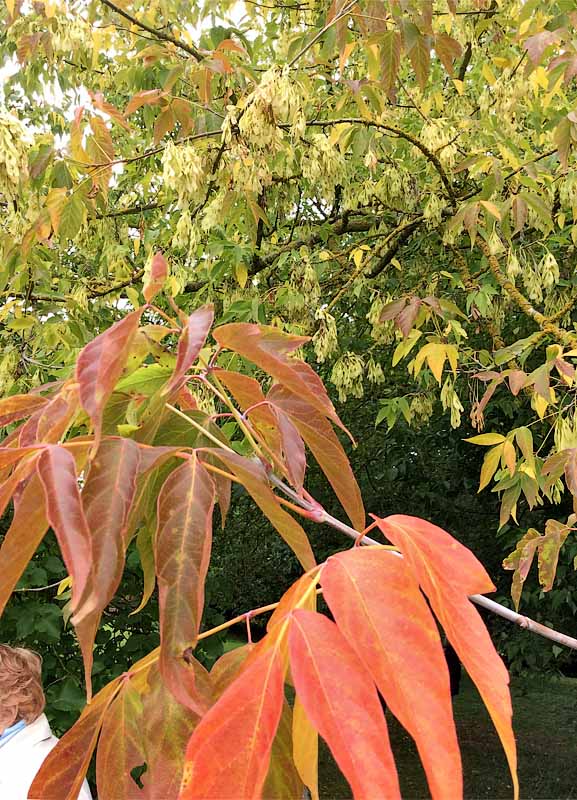 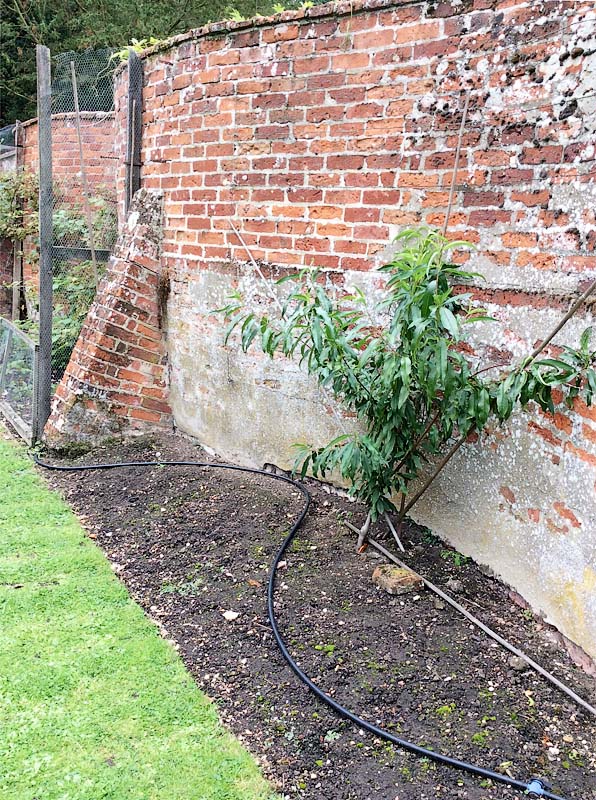 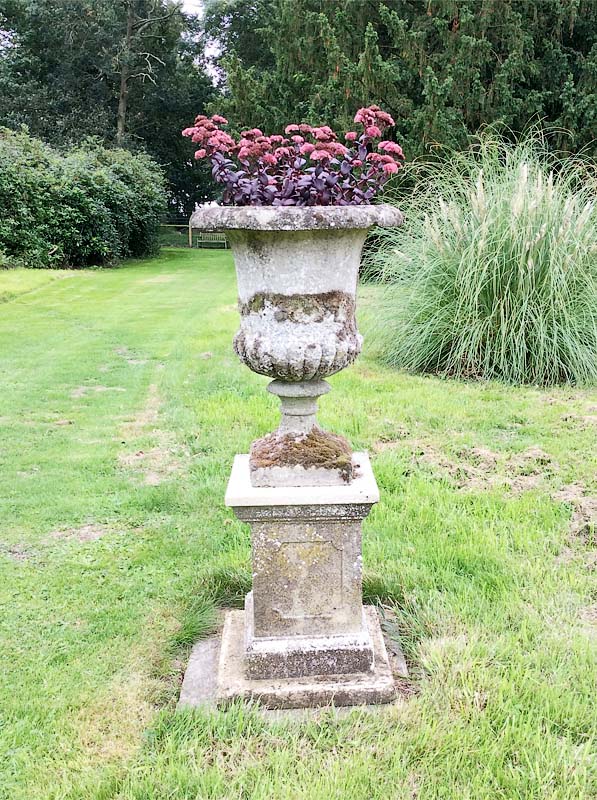 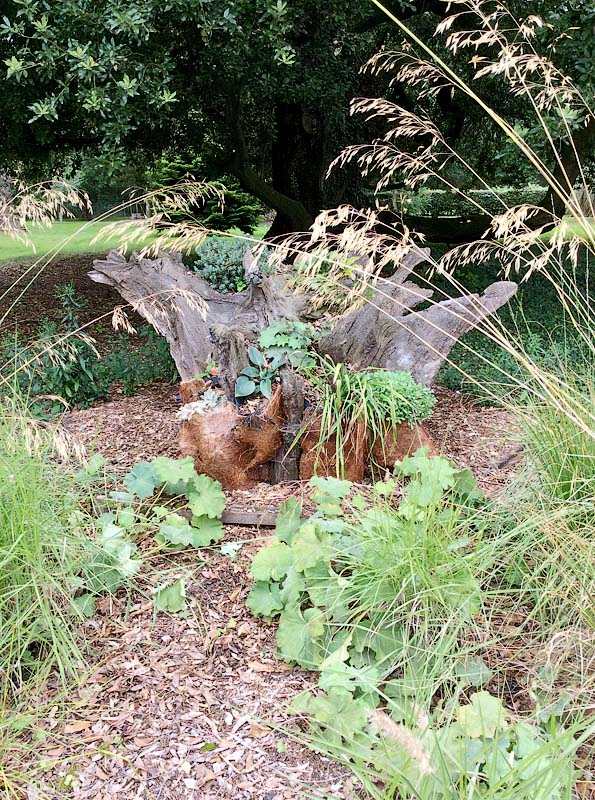 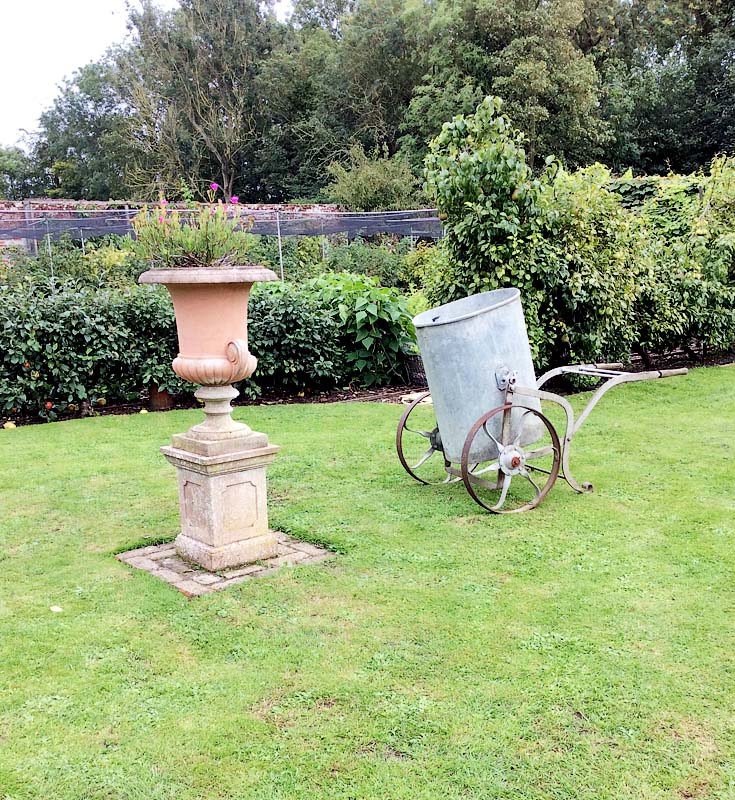 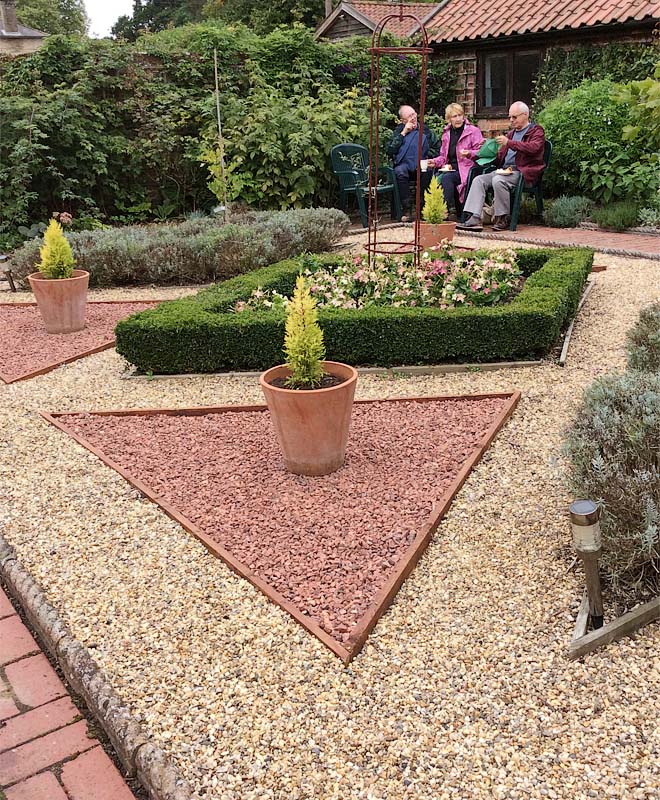 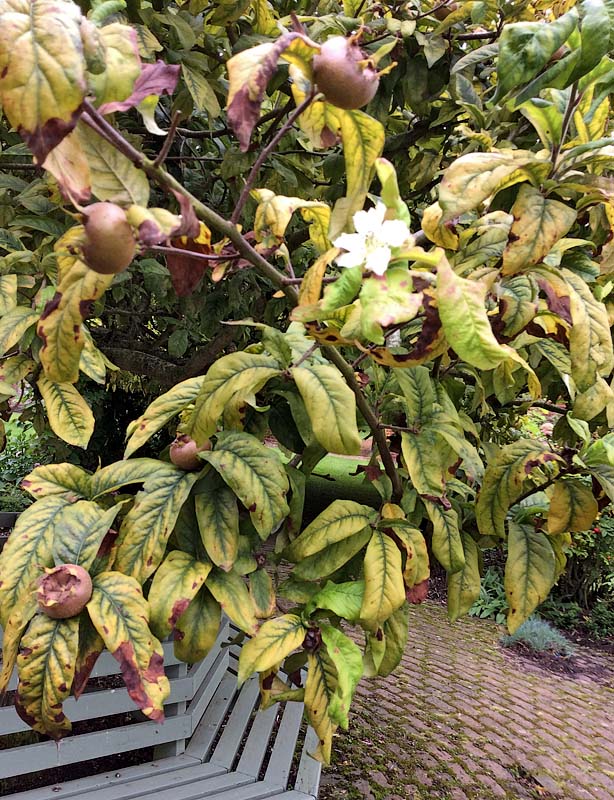 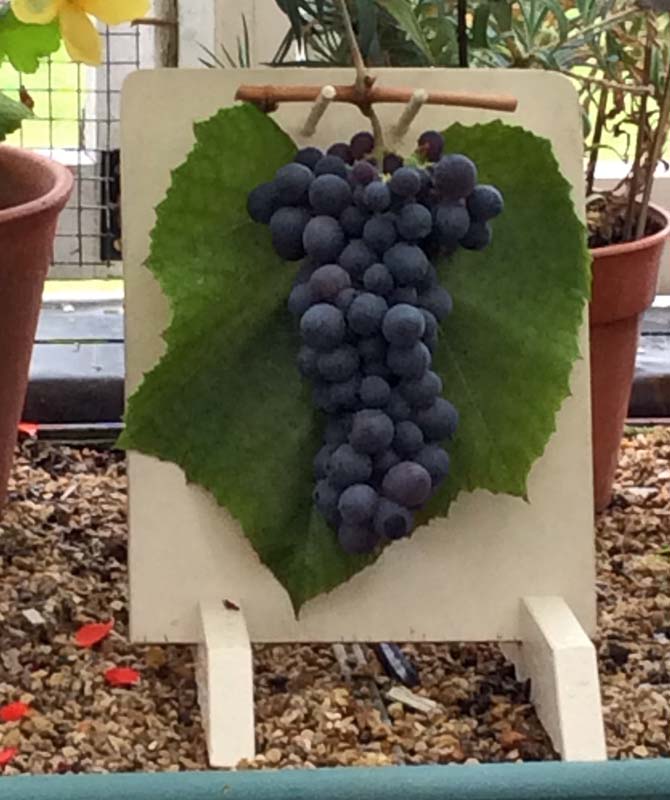 This was a garden visit full of surprises, as we progressed through the garden it just got better and better.

At first, parking beside of a large sandstone house, I thought ‘This is strange, where is the grand entrance’.  This was soon explained by our hostess. The property was inherited by Sue and Adam Paul in 1972. Sue explained that less than half of the original Hall remained, the front half having been demolished many years ago. The boundary and foundations of the larger hall were clearly visible after this very hot dry summer, and the previous formal garden was no longer adjacent to the remaining house.

Sue and Paul’s initial problems were to make the remaining ‘back end’ of the original hall into a respectable house and to redesign the garden area. The reconfigured house was surrounded by extensive lawns, some close cropped, others were wild areas. It was almost parkland with many splendid ancient trees, all looking in good health and with beautiful shapes. Obviously, some have had to be removed and there are now many new plantings to take their place. Around the house there are now borders and a terraced area. A series of island beds have been planted some distance from the house, mainly bergenias, euphorbias and stipa gigantea. A Lutyens bench was surrounded by beautiful pink double cosmos. Many of us vowed to grow more cosmos next year.

We wended our way through the trees and came to a door in a brick wall. Inside, one could immediately appreciate the beautifully planted walled garden. The entire area of around ¾ acre was surrounded by a lovely mellow red brick crinkle crankle wall, apart from one area that was open to a pond.

At the centre was a large medlar with a circular bench around its base. From here paths radiated out to divide the garden into four quadrants. The central path was a covered arch of vines and roses. At right angle to this the paths were lined with apple and pear cordons. One half of the garden consisted of a grassed orchard of apple, plum and pear trees. The other half was devoted to vegetables, soft fruit and flowers for cutting. Many varieties of vegetables are grown including jet-black tomatoes, cape gooseberries and a very attractive row of the brown flowered Amaranthus cruentus. The concave areas of the walls were planted with trained fruit trees – pears, figs, cherries, peaches, kiwi and even a pomegranate.

A range glasshouse along the south wall housed grapevines and a selection of peppers. In the south wall another door led into a frame yard. The frames were mainly empty at this time of the year. A ‘bothy’ backed onto the south wall, where all the tools were still housed, many of them antique and well oiled, there were racks of clay pots, an old soil steriliser and raffia for tying. On the opposite wall was a glasshouse below ground level, reminiscent of a pineapple pit, but now so useful for storing plants needing winter protection.

Yet another entrance in the east wall led to another small walled area planted with herbs around the wall with a formal diamond design central area. One final door led into a converted byre where there was tea, coffee and a wonderful spread of cakes and sandwiches. I had been so interested in the garden that I had forgotten that refreshments were included in the visit!