Snowdrops and Winter Garden Treasures. Talk with living material by Guy Barker aka The Naked Gardener 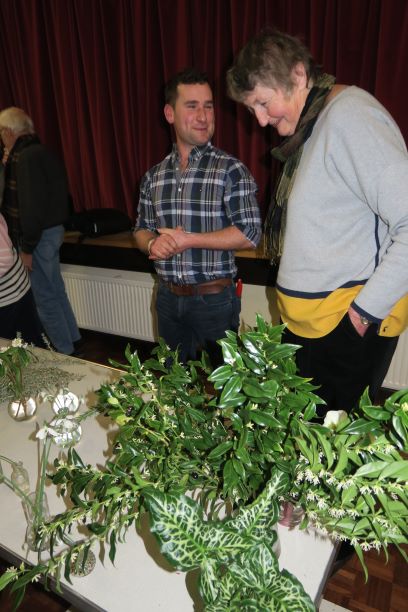 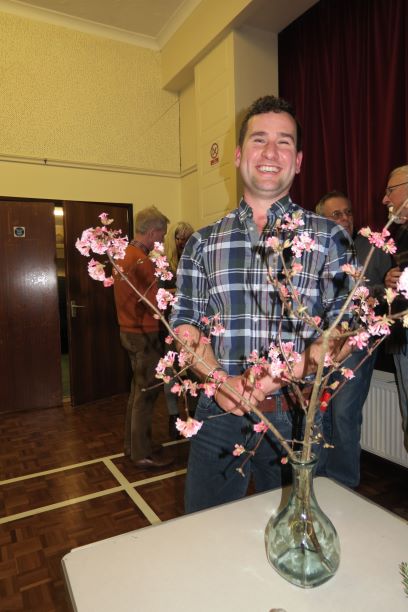 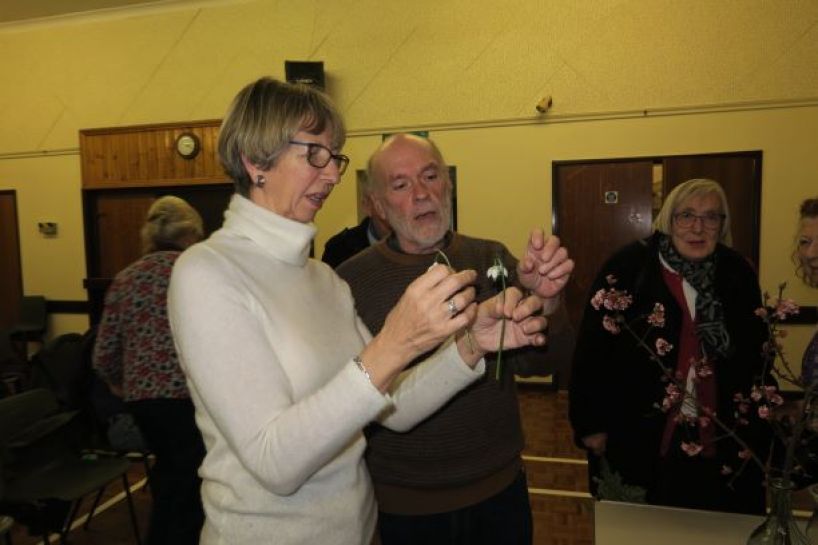 The first talk of 2020 by Guy Barker was amazingly perfumed and illustrated with some slides, but mostly living material from scented shrubs.

However, his talk started with his love (or maybe obsession!) with snowdrops which started when he was a boy when his mother took him to Shropham Vicarage where six acres of the West Harling snowdrops were in flower. He was hooked!!

He had 20 or 30 different snowdrops to show us, some of which had been bought at great expense, and occasionally with money which should have paid his rent! We do funny things for love! Among the many snowdrops he had brought were several of his own. One of these was Galanthus ‘Greenfinch’ which has dark green inner part and green petal tips. He also showed us G. ‘Godfrey Owen’ with a dainty full shape and six petals which I found very pretty. One of his own snowdrops he seemed particularly pleased with was G. ‘Atropos’ which clearly has the shape of scissors on the spathe. Atropos is the name of the Fate who cuts the Thread of Life hence the name. It became obvious that he spends most of his pocket money on snowdrops!!

Following on from the snowdrops came the scented plants most of which he had samples. I could write a list of what we were shown but it became obvious that Group members were familiar with most of them and even with my limited knowledge of plants (compared with the rest of the Group!) they seemed familiar, Mahonia, Chimonanthus, Rubus, Hamamelis, Daphne, Sarcococca, Rosmarinus and Viburnum to mention only a few.

Two shrubs were unknown to me, but I would certainly like to have Abeliophyllum distichum (white forsythia) and Edgeworthia chrysantha (paper bush). Guy mentioned having the ‘Roseum’ form of the Abeliophyllum which has a pinker tinge to it, and members mentioned the ‘Grandiflora’ form of the Edgeworthia, as well as ‘Rubra’ and ‘Red Dragon’. The perfume in the Hall was to die for! It was an enthusiastic presentation from an enthusiastic gardener!