During this ‘Summer’ period our HPS monthly readings appear remarkably consistent, although the total rainfall in any one month can be greatly affected by thunder storms. For example; on 30 May, Wendling had 25mm, on 23 June, Brooke had 52mm and on 28 August, Pakenham had 18mm.

Looking at the Met Office averages for East Anglia, yet again we have had a series of months with highs and lows in rainfall. In May, rainfall was slightly over the 10 year average in June it was double and in July and August it was just 58% and 59% of average. Over the four month period, June was the bad month with high rainfall, sunshine levels 73% of average and low day temperatures, but above average night temperatures. 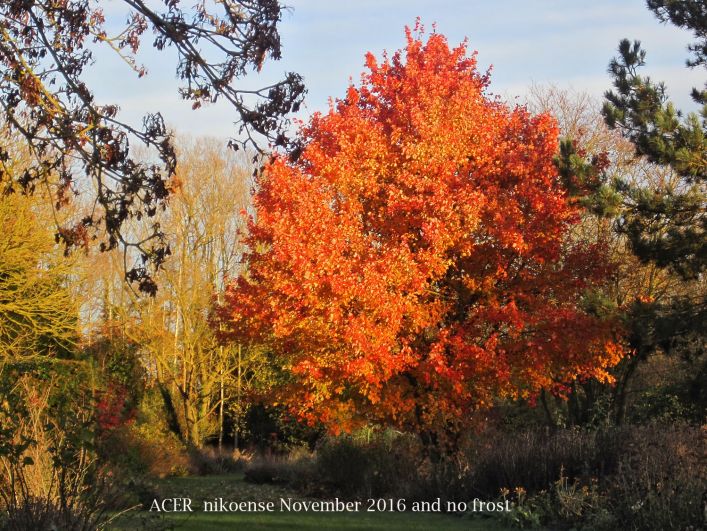 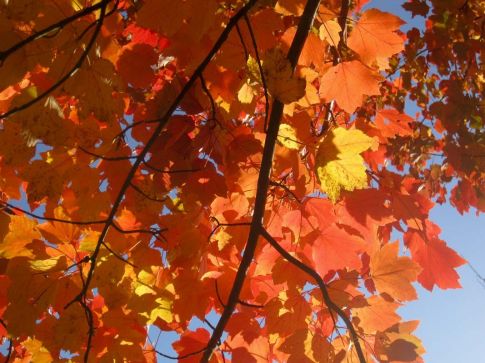 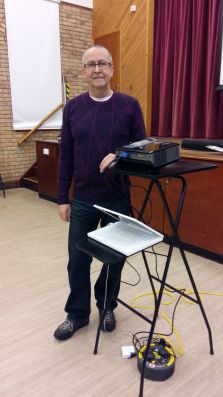 Geoff agreed to talk to the Group at short notice when the previously booked speaker withdrew.

He gave a brief resume of his career writing for garden magazines and working for the RHS which included writing eight books and carrying out product testing before being made redundant.

The subject of the books included Propagation, Bulbs, Pruning and most recent Botany for Gardeners.

From his product testing he had brought a Burgeon & Ball Transplanting Spade for a raffle prize.

As we do not have a raffle he explained that he would ask a question at the end of his presentation and the spade would be the prize for the first hand in the air with the correct answer and that he would not accept a shouted out answer.

His first slide was of a Rhododendron for which he professed a passionate aversion to the species. In that it did not fit in with a plant that gives of its best for most times of the year.

Also he warned against the ‘impulse buy’ of which most of us are guilty!

His credo - Have a plan:

Choose evergreens and deciduous shrubs in a ratio of 1:3.

Regard bare soil as a sin!!

One execution of this idea was propounded by Adrian Bloom in his garden at Foggy Bottom when a variety of conifers were planted surrounded by many species of heathers.

(Which heather is the ‘hard of hearing plant’?  Answer  Erica carnea (carn ear))

Despite its name is a female plant which produces berries if close to Ilex ‘Silver Queen’ which is male plant!

(Sex in the plant world can sometimes be very confusing).

Silver foliage on plants is very useful to highlight an area and/or accentuate other plants around them.

Plants that offer more than one season of interest, not necessarily the same season can be used in combination or as focal points in the garden.

If you want long flowering shrubs that will give 365 days of interest choose Viburnum tinus and a selection of roses.

Another long flowering combination would be Fuschia and Penstemon cultivars.

Bulbs and bulbous plants can be used in many combinations.

For example, growing through group c) plants or grown in pots to fill gaps that occur in a border by sinking the pot in the soil.

All bulbs should be cared for after flowering by feeding, removing seed heads and allowing the foliage to die down naturally.

Finally containers of any shape, size or material depending on your taste can be filled with any plant which performs for any season.

His last slide showed a combination of pots filled with upturned blue wine bottles to prove the notion that you can enjoy year round colour in your by consuming the contents of the bottles.

He then reminded us that he would pose a question with the spade as the prize.

“If you sat under the leaves of this plant you would surely die”. Name the plant?

After many guesses the audience admitted defeat. The answer:- A Water Lily!

So a second question was required.

What would you do with the seeds of Aesculus hippocastanum?

Yours truly is now the proud owner of a B&B Transplanting Spade.

Unfortunately Sue Robinson has decided that she no longer wants to speak to Garden Groups. She will now be replaced by Geoff Hodge who is a garden writer, broadcaster & horticultural consultant. 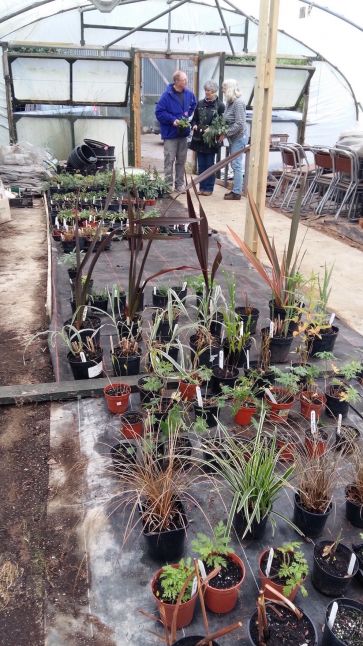 When we host the national HPS Annual Lecture Day and AGM on March 25th 2017, Norfolk and Suffolk Group will be manning our own Heritage Plant stall to highlight the local connection with the Society's inception, and to raise funds for the Group.

We will be selling plants which originated in Norfolk and Suffolk, many of which will be plants named by Alan Bloom, who was a Founder member of the HPS, - one reason why we were asked to host the event. Many of the plants have been generously donated by Jaime Blake, Alan's son-in-law.

The plants have been mainly researched and gathered by Andrew Lawes and Colin Pusey, and grown on by them, Linda Hall, Sarah Rix, Brenda Reed, and me.

They are now being cared for through the Winter by John Metcalf, who will call upon us to pot them on or divide them, as  , (or do it himself!)

If you have spares of any of these, or other varieties that you know to be correct and from our two Counties, which you would be willing to donate, we would be delighted to receive them, (contact Andrew, Colin, Chris or Linda).

We will have special souvenir labels relating the plants to Norfolk and Suffolk and the Diamond Jubilee of the HPS, with a picture, (which could be helpful in March). We hope to produce enough plants to offer a choice to the 150 national members we are aiming to encourage to attend, and to raise funds for the Group. We hope many of our own Group members will come and enjoy the day with us.

When I first agreed to undertake the write up for this meeting, the original speaker from Thompson and Morgan was scheduled; then the Chairman’s email arrived with details of the change of speaker and my heart sank into my muddy gardening shoes.  Our new speaker was Ken Abel, an expert on Pelargoniums who has been described as “the UK’s best grower of show Pelargoniums”.  Why my reaction?  My problem is that I dislike Pelargoniums; I regard the modern hybrids as garish and ugly and some of them even have a horrible smell.  They are grown by the million in in vast greenhouses; take over garden centres early in the spring to be planted with high expectations and thrown out at the end of the season.  They are typical of the horrors of modern factory horticulture with its by-products of pollution and waste.

However, a promise is a promise, so I turned up to the meeting with my notebook and pen at the ready and prepared to be converted.  Mr Abel gave us a comprehensive account of his methods of growing pelargoniums for showing.  He starts his cuttings in coir compost, which he buys in blocks, mixed with more conventional composts and raises the small plants in 2 inch pots.  Cuttings are taken all year around as bottom heat is available.  He deliberately restricts the root growth of the plant to increase the top growth to maximise the impact of the show plants.

Mr Abel advised on composts used as the plants approach show size as well as the treatment of any problems.  Feeding was highly specialised to correct any deficiencies and liquid seaweed was used as a stimulant to bring the plants to their best before a show.  Most plants are discarded after 4 – 5 years as they become too woody.  We were shown a large selection of his prize winning plants which were grown and manicured as show performers.  They can be grown as fans, as standards or balls and also be trained as bonsai plants which were both intriguing and attractive.  He said that his favourite show was the Yorkshire Pelargonium Show where his plants have carried off every available prize.