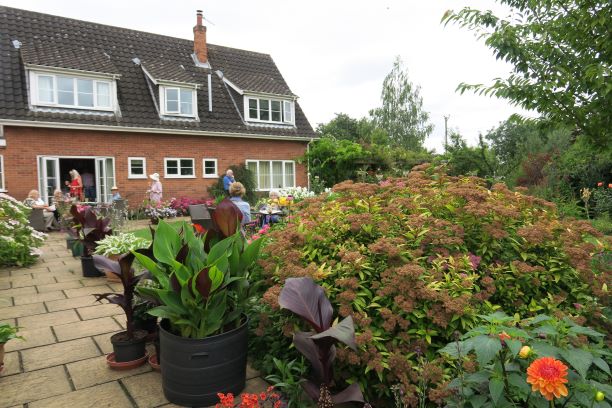 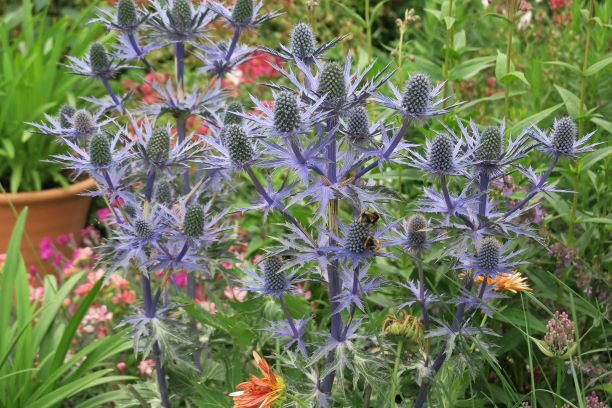 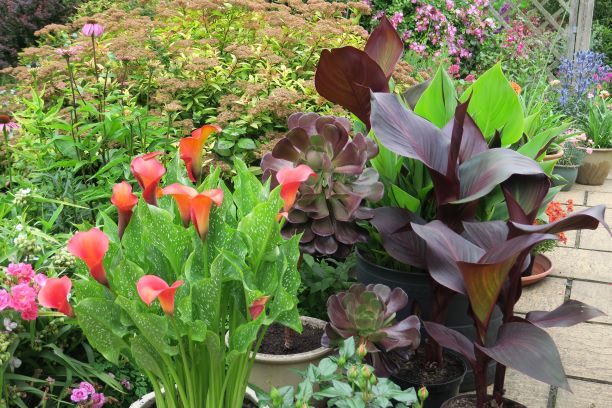 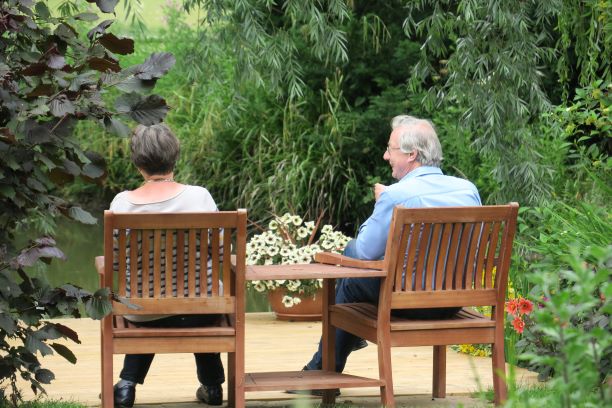 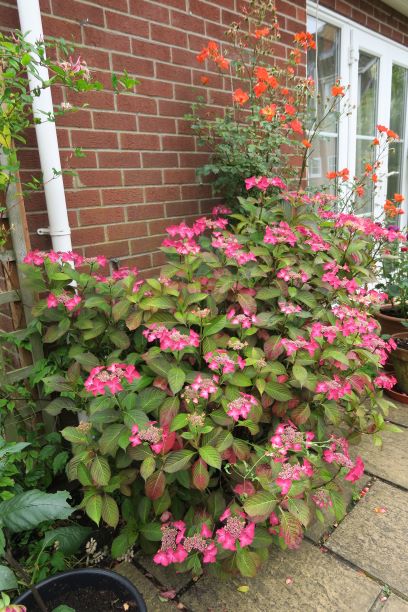 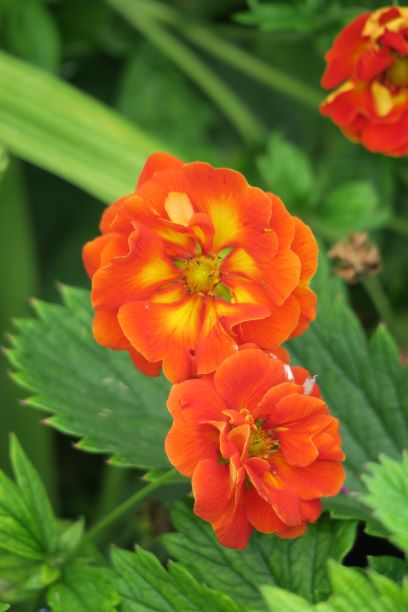 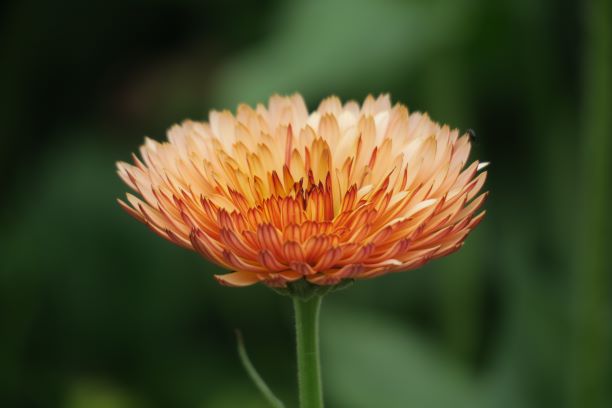 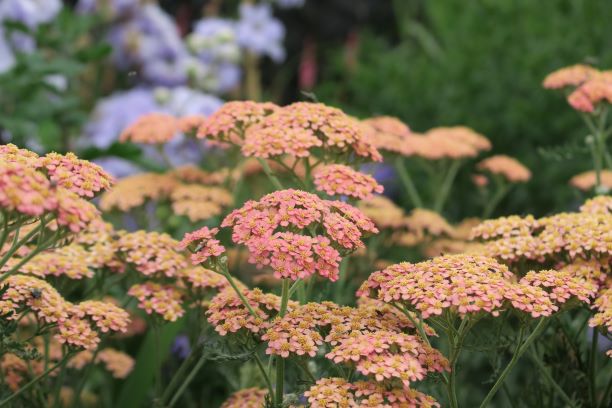 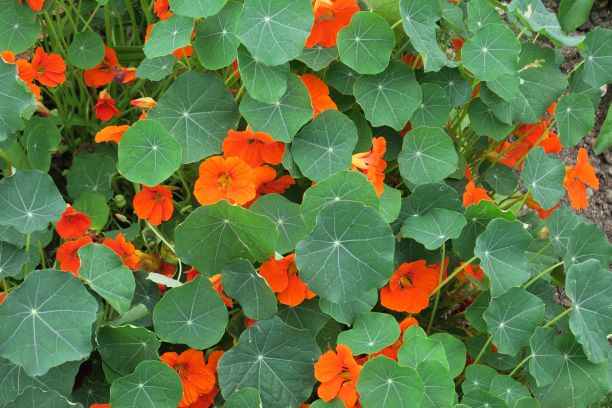 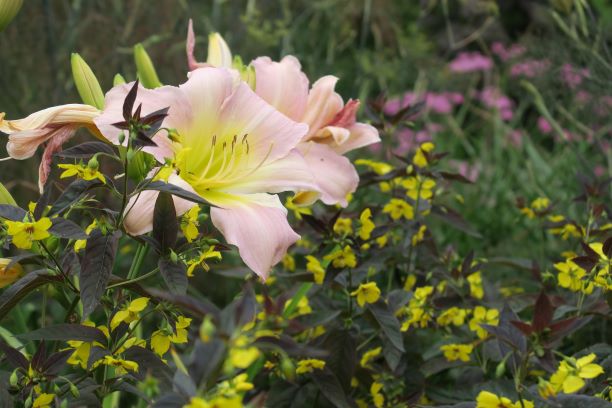 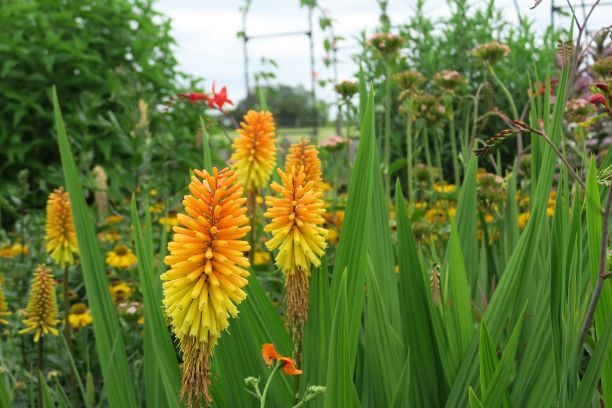 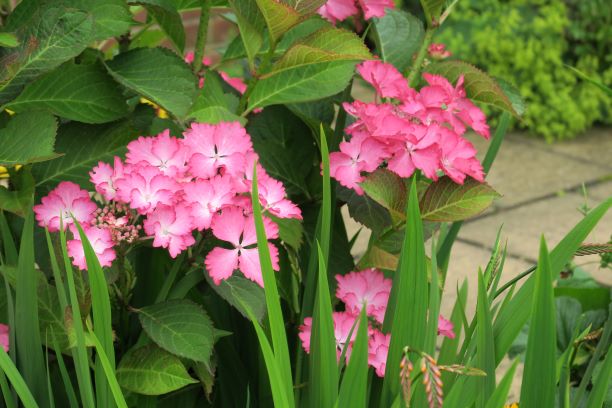 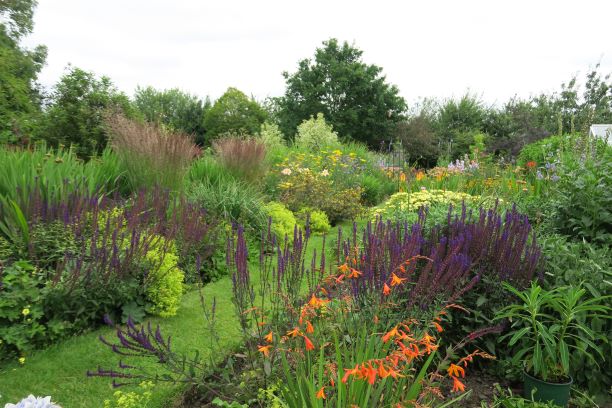 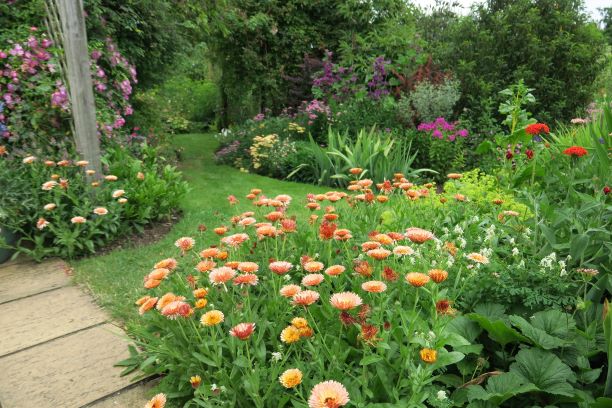 Despite rain earlier in the day, we were all able to enjoy Jan and Mark’s exquisite garden which complemented their Arts and Crafts house. We passed under a portico before walking into the garden at the rear of the house. After being welcomed with drinks and received name badges in the orangery, we were able to wander freely amidst the colour themed borders. Jan has the eye of an artist, with the use of an amazing palette. We were particularly taken with the hot border where rich colours blended together and the white border glowed after the rain. There were also surprises – euonymus topiary, subtle sculpture, a cutlery kingfisher and woodpecker. Specimen trees featured too, with a Cornus controversa ‘Variegata’, a variegated Liriodendron, a Metasequoia and Paulownia to name a few. These gave height to the beds which were then layered with a variety of shrubs.

Salvias featured in many borders, from white, through pinks, reds to deep purple with penstemons and phlox. Dark coloured heuchera leaves and large leaved hostas gave texture and shape as well as other perennials, too many to mention. In a corner, a raised, gravelled area with blue Lutyens seat, palms and cordylines created a quiet viewing area over the garden. The pond area featured quirky stone swans and other sculptures. The balance between lawns and beds was perfect. A walkway of metal arches featured near the house where there were also many pots.

The catering was of the highest standard and cushions were brought out for the garden seats so we could sit, eat and have our glasses topped up, enjoying the company of fellow plantspeople. Our thanks go to Irene, Linda and Chris. Everyone seemed to enjoy the evening and it was a pleasure to be there. 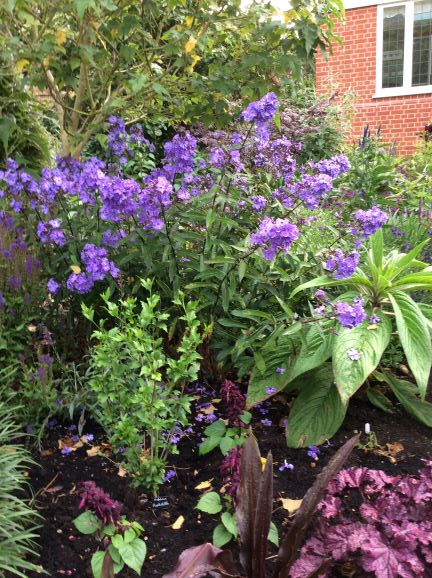 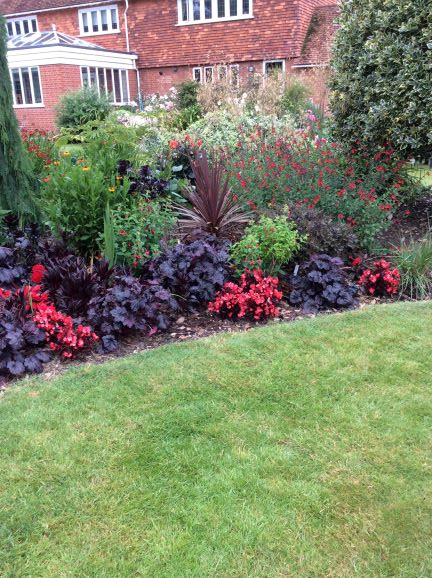 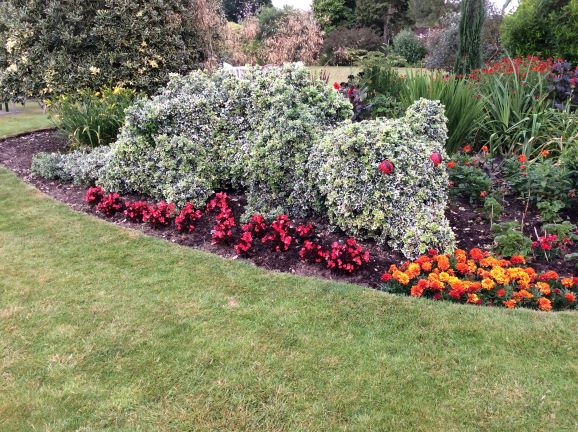 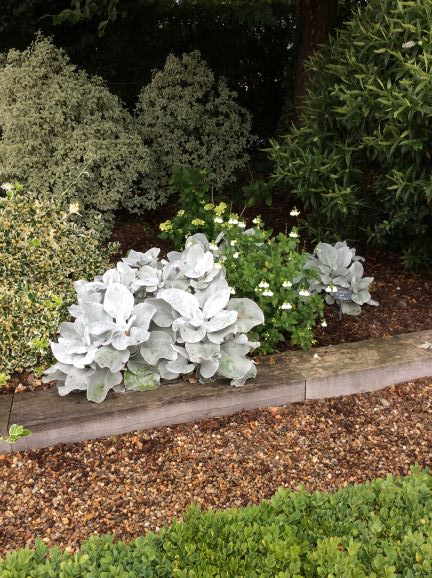 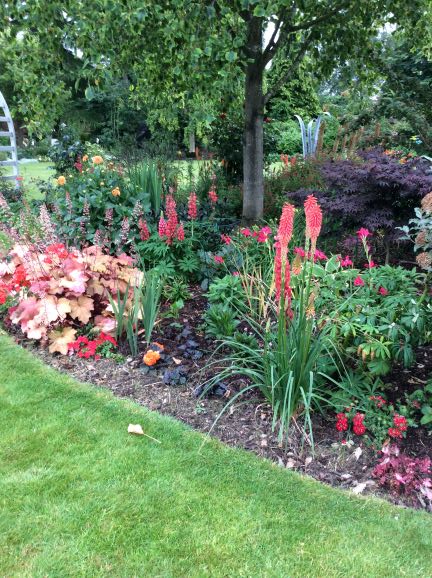 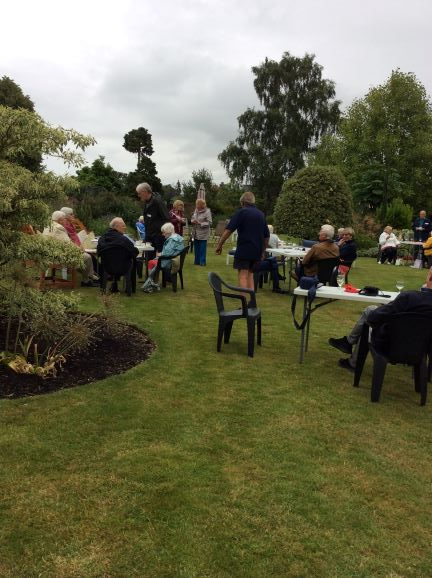 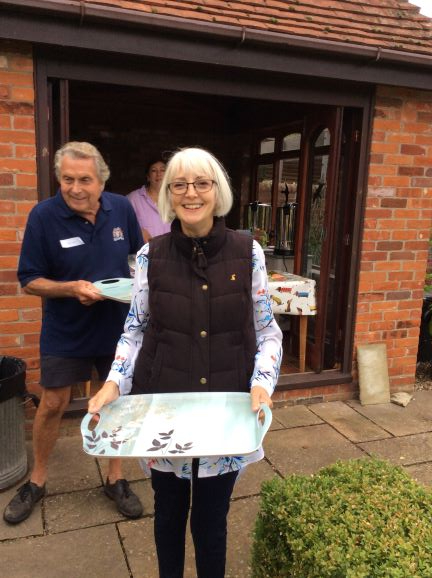 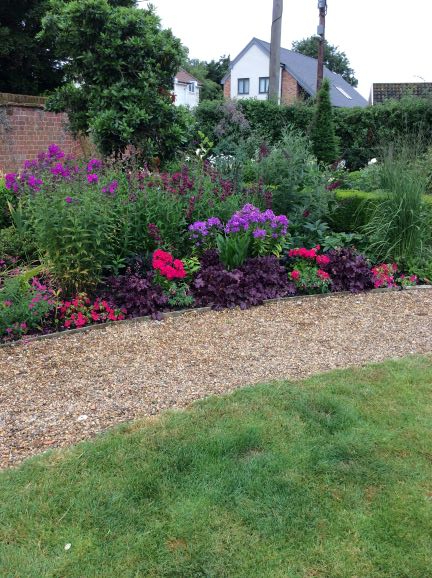 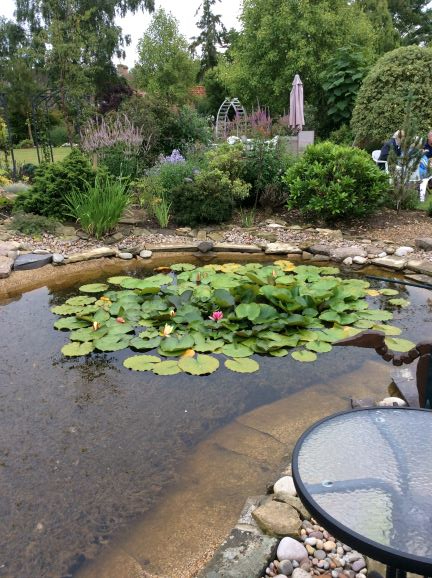 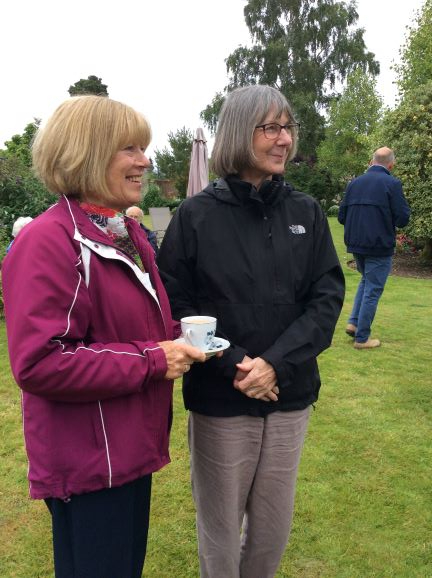 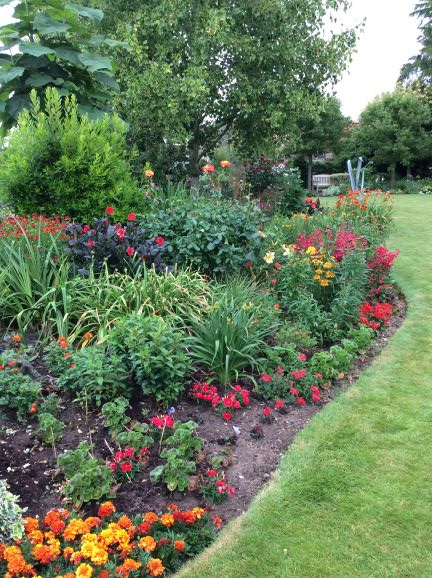 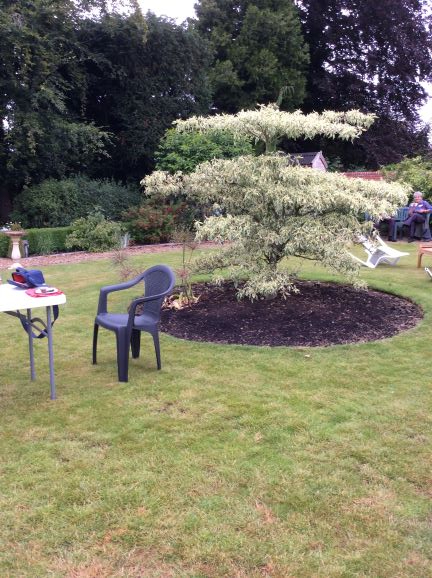 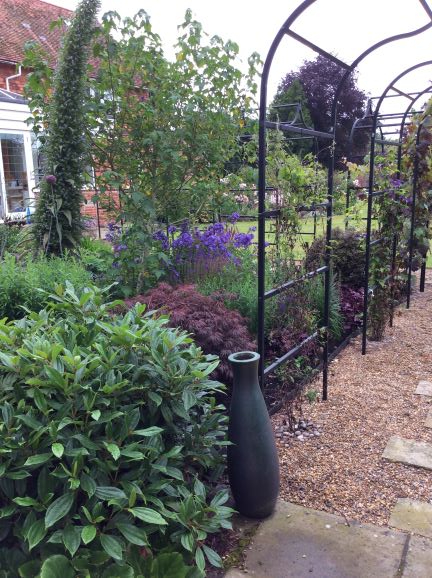 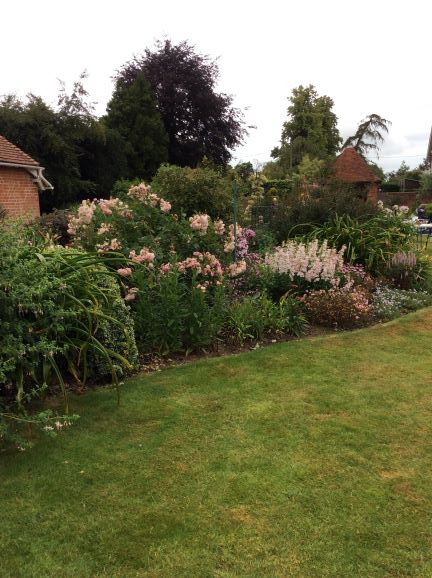 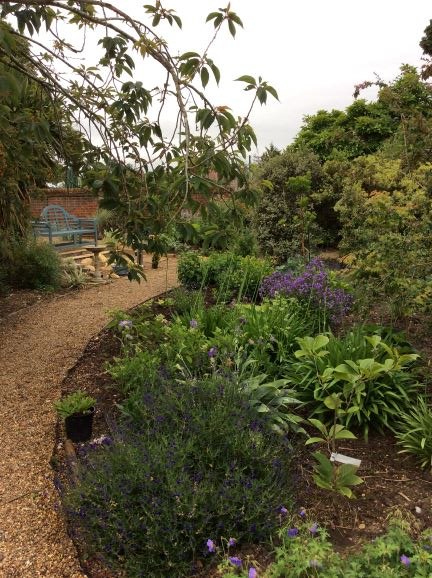