What a treat we were in for on our last garden visit of the year. Holme Hale Hall is a fine building with a Regency façade on a somewhat older 15th/16th century house. Simon and Delia Broke, our hosts, gave us an overview of the history of the home which has been in the Broke family for a number of generations.

The gardens were designed and planted by Chelsea Gold Medal winning designer Arne Maynard in 2000, and it is a joy to see his amazing talent. Arne is both a designer and a plantsman, which has resulted in a magical garden. There was abundant colour throughout the garden which is especially difficult given that there’s been so little rain this summer and it’s September.

We were given a tour by not only the owners but also Chris their gardener with plenty of amusing anecdotes along the way, such as Arne wanting to remove the swimming pool and tennis court as he considered them ugly. We walked across the wide lawn in front of the Hall which is neatly contained in a plethora of box hedging cut in both ball shapes and cloud pruned. This was accompanied by tall grasses behind the box which swayed in the breeze.

Next, we went through a pair of gates into the walled garden which is encircled by herbaceous borders packed with interesting plants with the kitchen garden in the middle.  We then passed into the parterre where precisely clipped box hedging surrounded each bed which again were packed with many lovely plants.  There were the warm bronze colours of Chrysanthemum ‘Rehauge’ and ‘Herbstbrokat’, complimented by Rudbeckia ‘Peking’ (an Echinacea x Rudbeckia hybrid by Brian Kabbes).  Other collections featured warm pinks and lilacs including Aster ‘Coombe Fishacre’ and Althaea cannabina.  In the centre was a lovely water feature in the shape of a huge shell.

We then entered the topiary garden followed by the cutting garden filled with the most heavenly scented roses. Finally, we walked through the working greenhouse where there were not only more wonderful plants but also three laminated A3 sheets which listed all of the plants in the garden along with their picture. A much simpler way of labelling plants, and nobody can take the plant label, genius. A lovely day and a garden we hope to visit again, perhaps on our usual Saturday in future so that more members can join us. 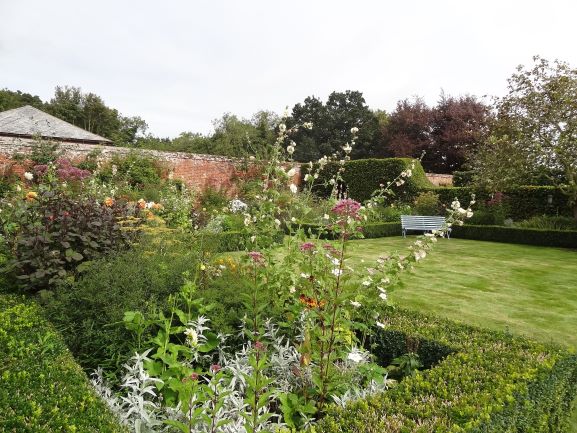 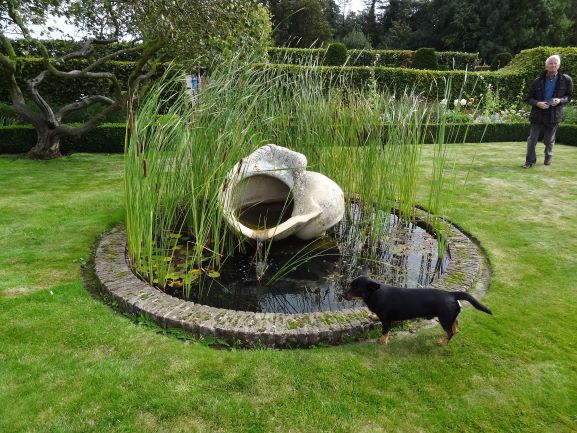 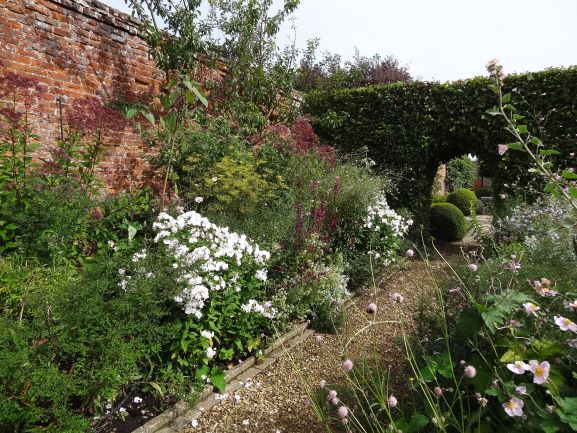 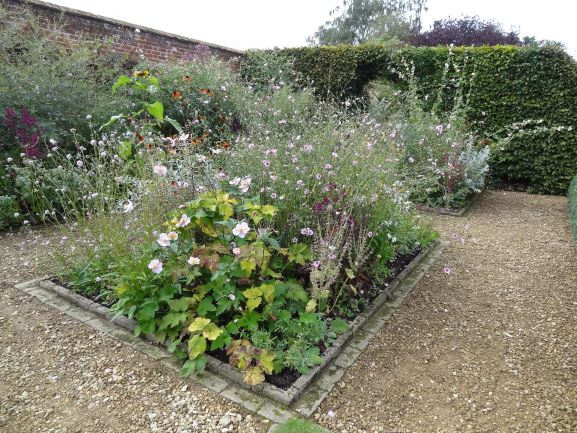 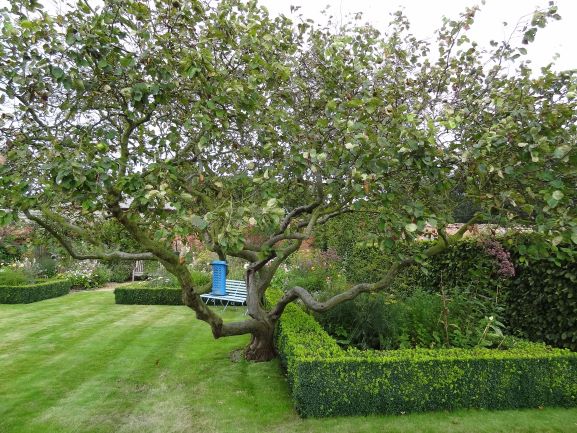 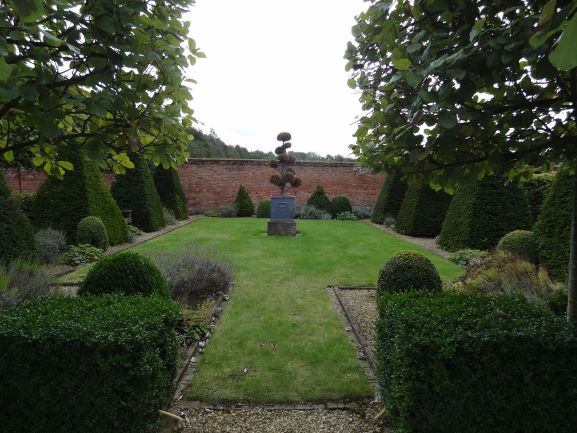 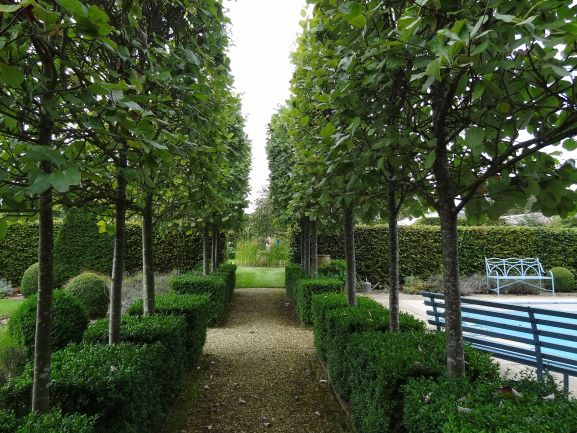 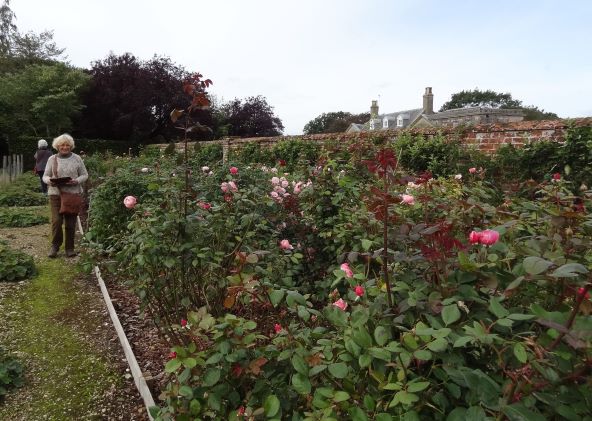 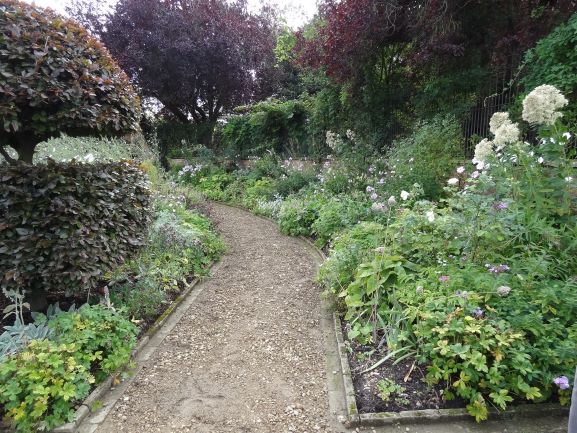 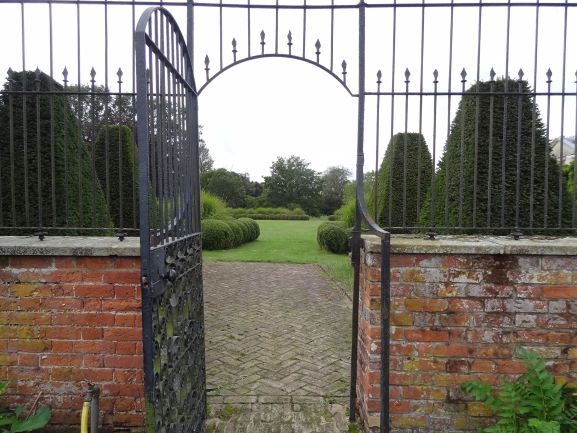 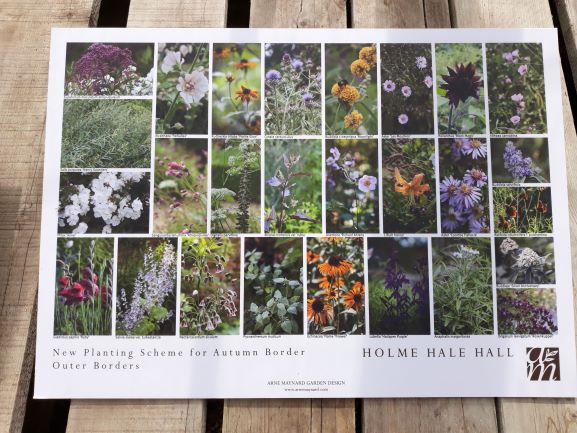 After a truly sizzling day of high temperatures, twenty-nine of us spent a chilled evening armed with a picnic and prosecco at the secluded plantsman’s garden of  Bernard Tickner, nestled in the wooded area around the River Lark.  In characteristic fashion, the sales table, full of unusual and rare ‘gems’ propagated on-site, was surrounded by people passionate about plants and eager to support Perennial, a charity supporting people in horticulture; alongside visitors who’d sacrificed watching the 2nd Day of the Test match between England and Pakistan on TV, for this excellent cause.

Staff and volunteers from Fullers Mill provided sanitised, socially-distanced tables under the welcome shade of trees, seemingly pruned for this very task.  A trustee from Perennial delivered a talk describing the history and aims of the charity, sandwiched between visitors’ multiple excursions made to various parts of this tranquil water garden, which clearly was not suffering water stress - thanks to the high water table - which many of our gardens were currently enduring at this time.

Conversations around Covid-19’s impact dominated much of the discussions, with many of us grateful to be amongst familiar friends, and thankful to be living here. 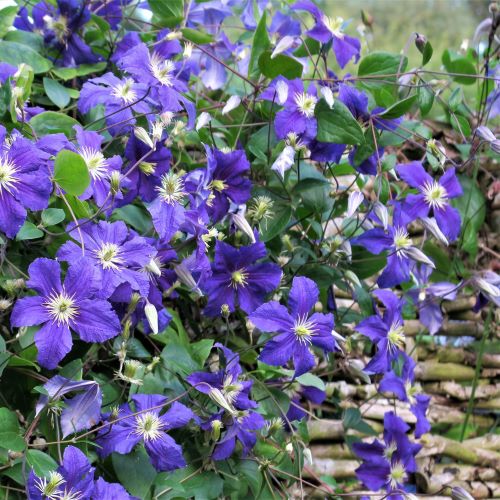 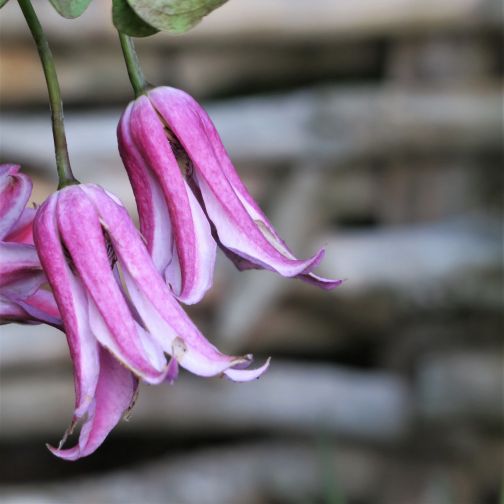 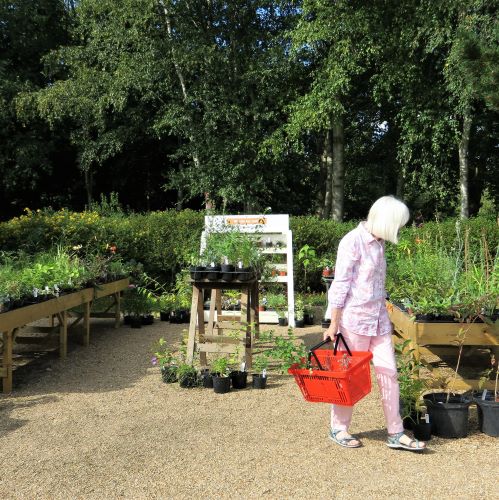 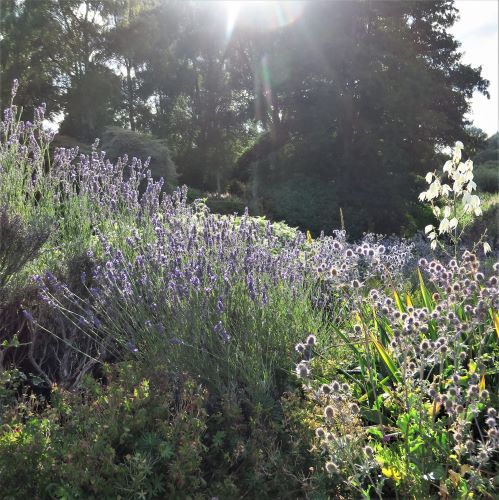 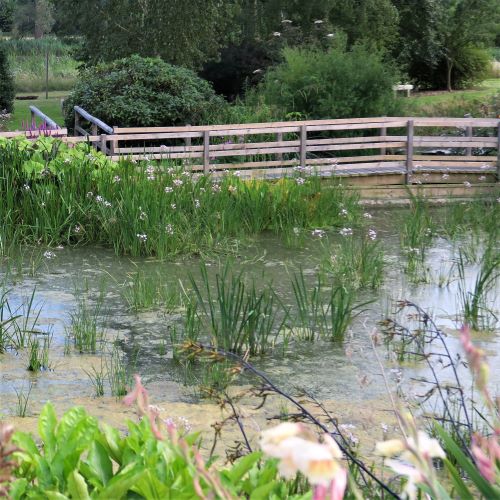 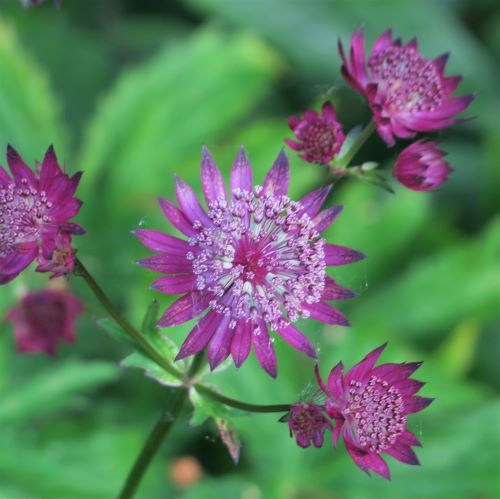 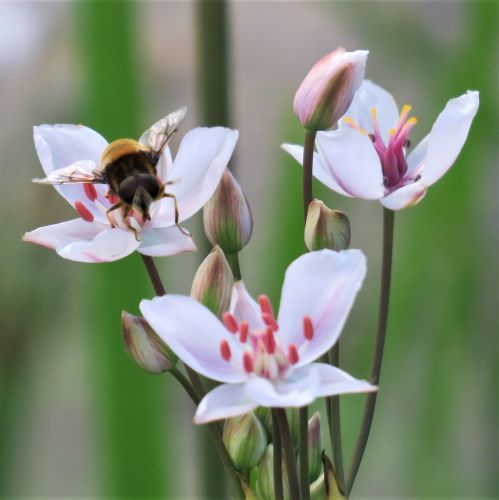 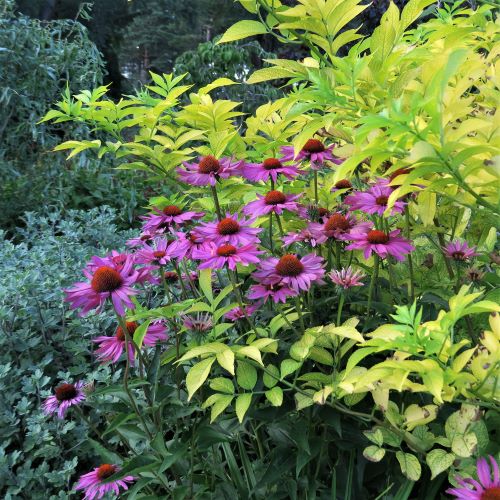 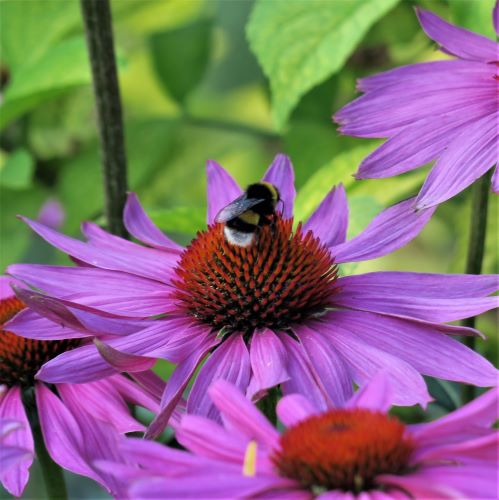 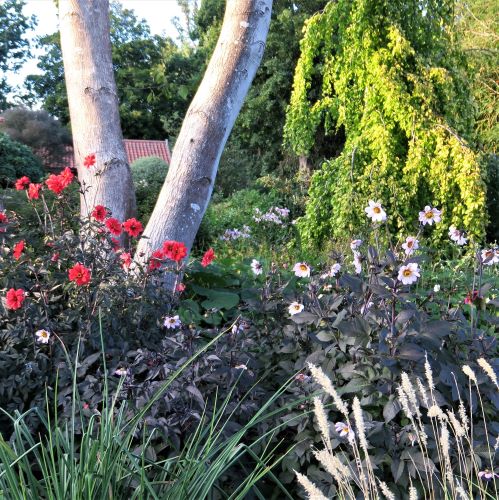 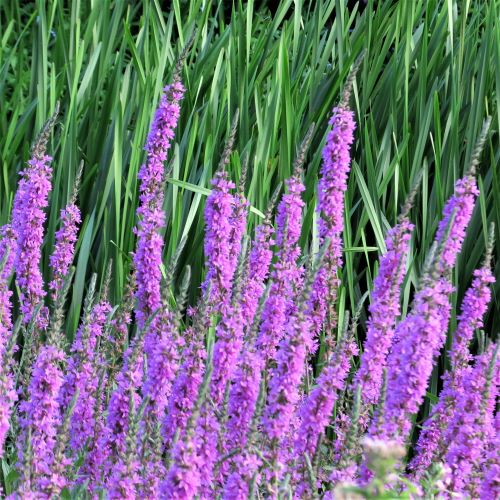 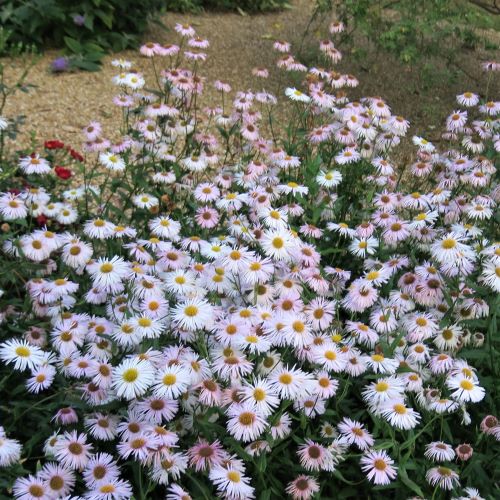 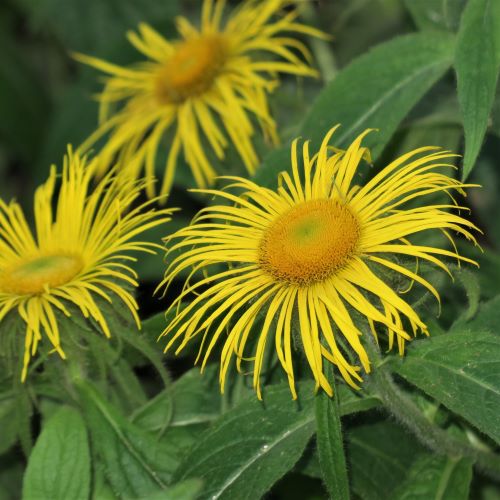 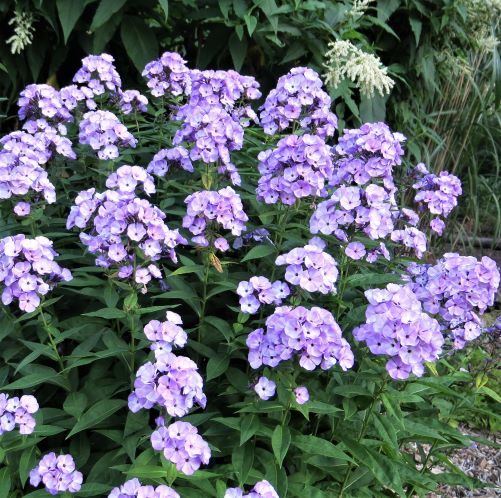 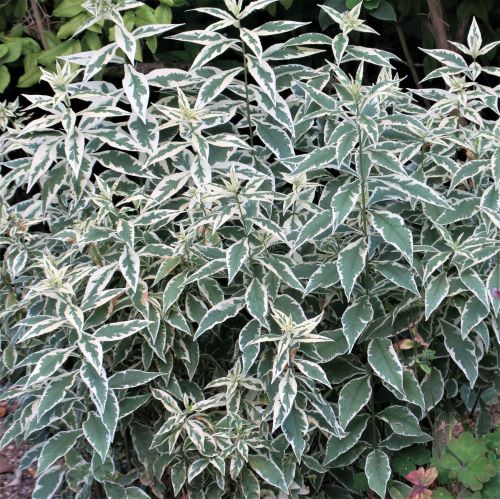 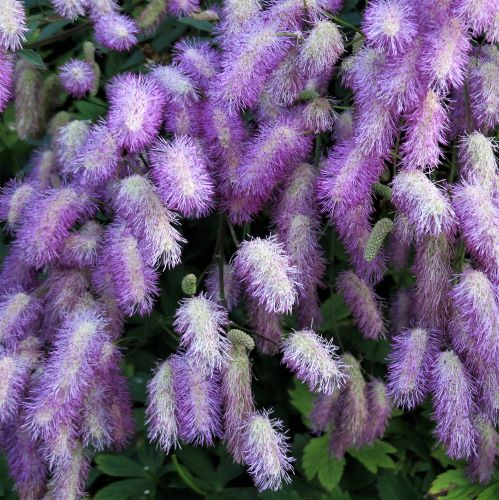